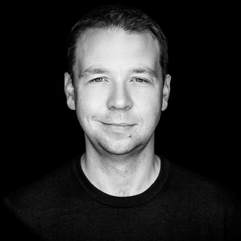 BIOGRAPHY
​
American Stage Director, Daniel Ellis, continues to garner wide attention for developing new work with renowned artists while bringing innovative and imaginative theater and opera to wider audiences.   Ellis made his European directing debut as the revival stage director for Barrie Kosky and Suzanne Andrade's production of Mozart's Die Zauberflöte at the Komische Oper in Berlin. Most recently, he has directed a revival of the production for both Cincinnati Opera and Opera Philadelphia’s Inaugural “O” Festival.  In March 2017, Mr. Ellis directed the European debut of David McVicar’s production of Wozzeck at the Grand Théätre de Geneve in Geneva, Switzerland and will be remounting the production for the Finnish National Opera for their 2019 season.   Daniel was a participant in Opera Philadelphia’s Double Exposure project working with composers-in-residence, David T. Little and David Hertzberg on work from two new operas.

Among the numerous awards, and honors Ellis has received for his work, his production of The Beaux’ Stratagem was awarded the 2nd place honor in the 2015 American Prize in Directing Competition and Lavender Magazine name it one of the Best Productions in the Twin Cities for the 2014-2015 season.  His production of Griffelkin with Minnesota Opera’s Project Opera performed with over 60 children between the ages of 7-17 also won the 3rd Place award in the 2014 American Prize in Directing Competition.  Daniel’s co-directed production of Scarlet Woman for Sunset Gun Productions received the 2011 Best of Fest Award at the Winnipeg Fringe and Edmonton International Fringe Festivals. Daniel was honored to be selected for the Minnesota Opera Resident Artist Program as a stage director working for the company during their 50th and 51st seasons. 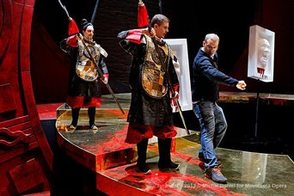 Ellis has directed over 10 world premieres including the Off-Broadway production of Frank Gagliano's comedy, Dancing with Joy.   In October of 2006, the Arkansas Symphony premiered Stay Tuned, an original collaboration between Daniel and the nationally recognized vocal ensemble Five By Design. It has been performed with over 25 symphony orchestras through out the United States and Canada including Utah, Colorado Springs, Grand Rapids, Charlotte, Vancouver and Edmonton.
​
Balancing his career with his long-standing commitment to education in the arts, Daniel has received numerous commissions to develop original programming and scripts for such organizations as the Ft. Worth Symphony’s Kinderconcerts; The Philharmonic Society of Orange County’s Concerts for Fifth Graders; Swarthmore College; Monterrey Symphony, and the Palm Beach Symphony.