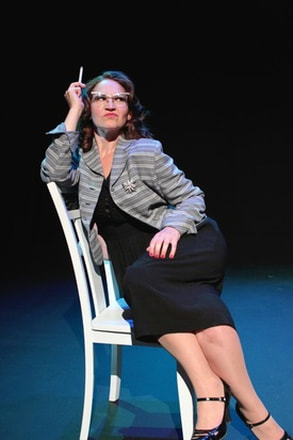 “Spoofing the film noir thriller is a well-mined genre on its own. You wonder how there could possibly be more gold to find. But Scarlet Woman, written by Matthew Wells, is a sparkling gem. Look for clever writing in a plot with more twists than any Maltese Falcon wannabe could contain, along with two talented actresses, Candy Simmons and Brittany Parker, who never miss a step as they disappear into 12 separate characters. The lines come as fast and furious as the costume and character changes. This is witty stuff. It’s very, very funny, but it never disrespects the genre by descending into silliness.


“Scarlet Woman is a thoroughly entertaining tongue-in-cheek homage to film noir thrillers and the black dahlias who make them memorable. Witty writing, sure-handed direction, and spirited performances...a compact but well-developed romp from beginning to end.”


“Scarlet Woman is a briskly paced, fast-talking, and very funny homage to film noir thrillers.  American actresses Brittany Parker and Candy Simmons both sparkle in portraying a half-dozen characters each, with the aid of simple costume and voice changes…the rewards of this show aren't just in watching the Gordian knot of intrigue finally unravel (Twist ending!), they're in the witty banter, the sharp timing, the noir atmosphere, and the first-rate performances.” 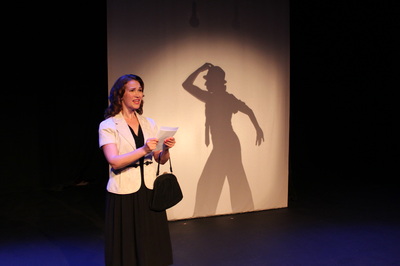 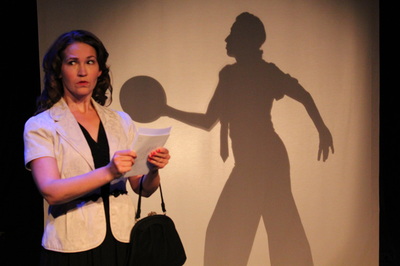 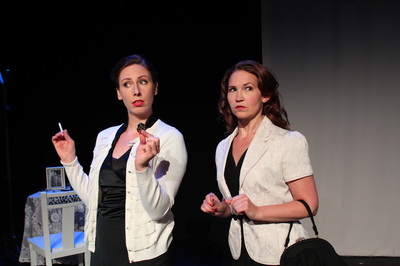 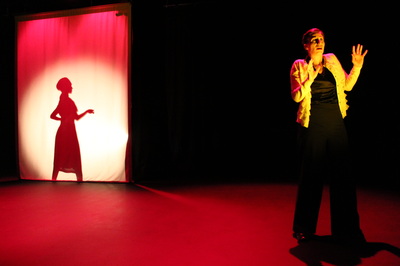 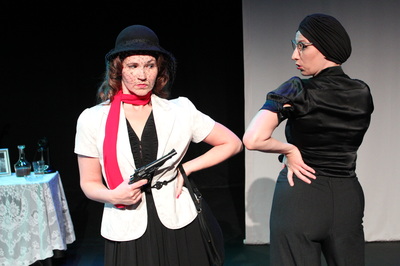 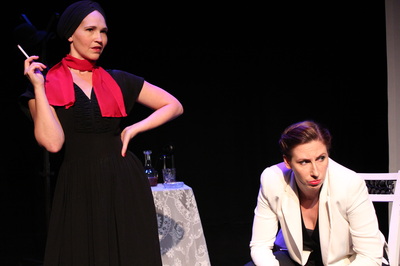 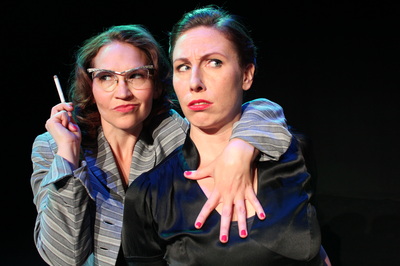 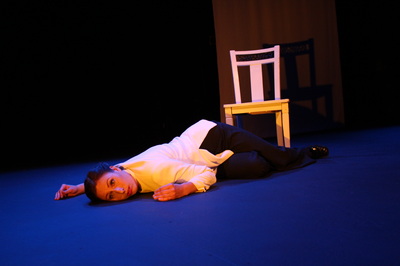 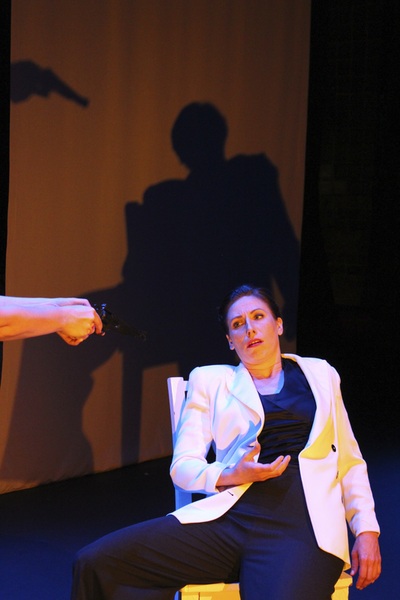 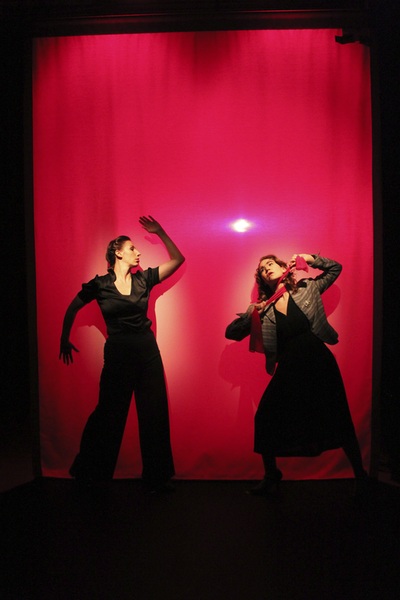